The Awesomepedia YouTube channel is a glorious mix of video essays, animation, music and absurd discussions. Most popular are the videos about writing, including one about Game of Thrones and one about fight scenes. The channel has about 10K subscribers.

A high school comedy/adventure webcomic about a party in the woods that gets a bit out of hand. The complete 32-page story is available for free at awesomepedia.org. 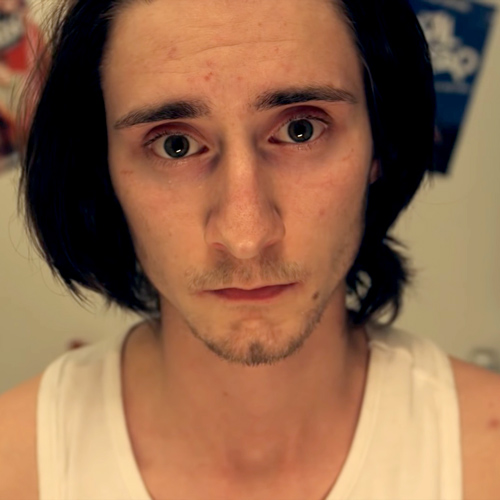 At university I joined a filmmaking collective where I wrote a post-apocalyptic short that won the Dalarna Filmfestival Audience Choice Award and I directed a comedy that's been seen over 350,000 times online. Full films are available in Swedish, with subtitles, on the Daydreamers YouTube.

Shows What You Know

A podcast network about TV, started with Jim Scampoli in 2016. We host hundreds of podcasts discussing the writing in Westworld, The Handmaid's Tale, Game of Thrones, The Marvelous Mrs. Maisel and many more. Subscribe to the main feed on iTunes or pick your favourite show on the website. 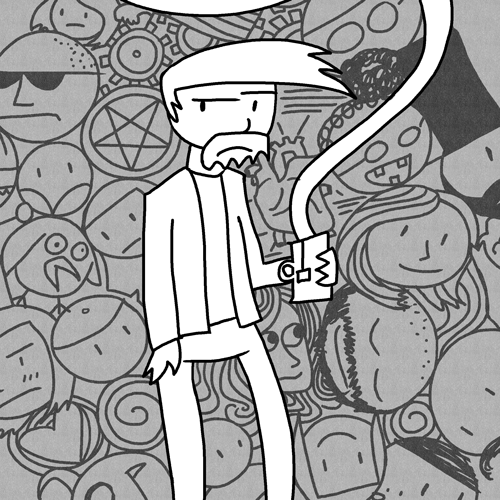 I started my website in 2008 to post comics. Since then the site has grown into a many-headed beast but Apathy Adventures is where it all began. It's an archive of comics where I hang out with mythological figures, explore infinite canvas and look for colour in a black and white world.

I like to chop things up and put them back together again. I've released a couple of albums of mashups and created audiovisual installations where multiple televisions play different tracks in a cacophonous harmony. It's a lot of fun and it might get you dancing.

I write songs about monsters and demons, intelligent machines and ignorant people. Some of these have been collected in an EP, others are currently only available as music videos. You'll find it all collected at awesomepedia.org/music.

Part of the Shows What You Know network, Cut to Black is a podcast where I, who had never watched The Sopranos before, discuss every single episode with Jim Scampoli, certified Sopranos lover. It's the most popular podcast I've been part of. Download it through iTunes or our website.

Library 34 is a podcast where I turn terrible fanfiction into terribly entertaining radio. Join me in gazing into the eye of the storm, the eye of madness, and let's find out Son Goku and Harry Potter are fighting.

Hello There was the first podcast I hosted and in many ways it's where I found my voice. Over 7 years and 240 episodes we poked fun at pop culture, ridiculous online phenomena, and ourselves. There are episodes in both Swedish and English.